An Amazon seller wrote us a few months ago in a panic: “I’ve been contacted saying that I’m associated with an account that has been deactivated. I have no idea who that account is and have no idea how to resolve.” This seller was facing a related account suspension.

Unfortunately, we get related account cases like these a lot – and what could be worse!? At least with most suspensions there is an identifiable problem on your end: a few too many customer complaints or slipping on performance metrics or an obvious (though unintentional) violation of a seller policy. While Amazon might be casting too wide a net and presuming you guilty when you’re actually innocent, those suspensions are at least more transparent to fix. You find the root problem (or misunderstanding) and correct it. But with related accounts you might have done NOTHING wrong. You might not even have made a sale or listed a product yet! It’s not that you are falsely assumed guilty, it’s that someone else – who you might not even know – is presumed guilty. So, you can understand our client’s panic.

Related account suspensions on Amazon typically come in three types. We term them the good, the bad, and the ugly. As in: pretty easy to solve (good), harder to solve (bad), and very hard to solve (ugly). With years of experience as Amazon Seller Central experts, we have had success with all three, and we would love to help you with your related account issue. But if you want to learn more about related account issues first, or try to solve yours yourself, here’s everything you need to know.

The Good: You’re Very Familiar With the Other Amazon Seller Account

The most straightforward type of Amazon related account suspension is when you are very familiar with the other Amazon Seller Central account. Maybe it belongs to your spouse. Or your grandmother. Heck, maybe it’s yours. A common misconception with selling on Amazon is that it’s a violation of policy to have more than one account. In fact, as long as you have a genuine business reason, it’s okay to have multiple accounts. 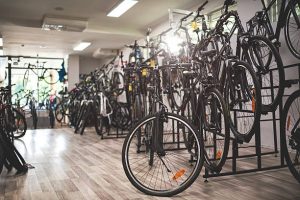 Let’s say that you own and operate two brick and mortar businesses, and you want to create two separate online stores, one for each. Perhaps one is a business-to-consumer bike shop and the other is a business-to-business bike parts shop, so you’ll want to advertise, price, and ship differently for each. No problem! You won’t get suspended just because you have two stores. But because you are the owner of both stores, they likely have the same mailing address, you login from the same computer and internet connection, and they might have the same phone number, email, or credit card, too. In other words, they are undeniably related. Again, no problem…as long as both accounts are in good health. The trouble comes when one account gets suspended for any reason at all. The other will then very likely be suspended as well, simply because it’s related.

“But why!?” so many of our clients ask us. “If Amazon lets me have two separate businesses, why does it treat them as one as soon as a problem arises?” Amazon’s related account policy can seem even crueler when you aren’t the owner of both accounts. Maybe you and your roommate operate completely separate Amazon businesses. Unlike the example where both businesses are yours, in the case of you and your roommate, your finances aren’t intertwined at all, and you might have no interest whatsoever in your roommate’s store. So why do you get punished simply because you two are using the same WiFi?

Because not everyone is an honest seller like you. As with most suspensions, Amazon casts a wide net because it’s trying to keep bad actors off its marketplace. Let’s say someone is using Amazon Seller Central to sell stolen goods under the store name BadStore1. They’re making a lot of money (easy to undercut the competition on price when your costs are zero!), but eventually enough customers complain about the low quality of the product and Amazon suspends the store. What does BadStore1 do? They open BadStore2! And sell until they get shut down again, and then open BadStore3. Maybe they’re smart enough to change the address or email each time, which is why Amazon looks broadly for connections, including things like IP addresses. (Amazon does not publish its list of potential technical account linkages, but it is estimated to be over 40 different data points. Things like browser plug-ins, font size, and operating system can all link accounts.) If Amazon weren’t looking for related accounts – weren’t shutting down associated accounts when another was suspended – black hat sellers could stay one step ahead of enforcement like this indefinitely. To prevent this, Amazon aggressively shuts down related accounts when one of the accounts is suspended. And in doing so, Amazon catches some innocent actors as well. But don’t worry: You have the opportunity to appeal your suspension and get reinstated.

If your store is healthy and you have been suspended simply because you are related to an account that has an issue, the fastest way to get your account reinstated is to fix the account that has the issue. As soon as that account is back online, yours will be too. That is why this type of related account issue is so straightforward: Simply fix your other account (if it’s yours), or walk over to your roommate and tell him to (if it’s his), or call grandma who you helped set up the account for (if it’s hers) and get it fixed. Not sure how to beat the suspension for the account that has the problem and get reinstated? We can, of course, help with that.

The Bad: You Used to Be Very Familiar With the Other Account

Let’s return to our owner of a B2B and separate B2C bike store. Tired of handling the expensive returns of bikes from consumers who hadn’t sized them properly, the owner sells his B2C Amazon store and focuses only on the B2B business. A few years later, struggling with the same shipping issues, the new owner of the B2C store has gotten enough customer complaints that he gets suspended. Because the stores are likely still linked – Amazon does not soon forget the original owner/address/email/etc. – the B2B business will probably be suspended too. But as long as the B2B owner can produce documentation showing that he no longer owns the B2C store or has any relationship with it, he’ll be back in business quickly. Straightforward. 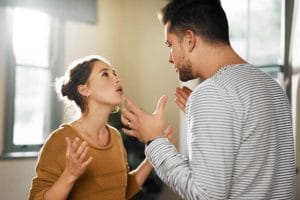 Here’s where this one becomes trickier: Suppose the B2B and B2C are originally owned not by one person, but jointly by a boyfriend and girlfriend. Unfortunately, they eventually realized they couldn’t stand each other (blame it on COVID quarantines), and they went their separate ways, agreeing that the girlfriend would get B2B, the boyfriend B2C, and they’d never speak again. In a hurry to end things, they didn’t sign any documents (or even shake hands – things were rough).

Fast forward a few months: B2C has been suspended, B2B gets suspended for being a related account, and the girlfriend needs to get her account back online ASAP to keep paying her now solo rent. But she doesn’t have paperwork to prove that she’s no longer associated with B2B and she definitely doesn’t want to reach out to that jerk and ask him to write something up. See why we call this one the bad?? We’ve also seen estranged family members, ex-business partners, or simply former friends / classmates / roommates you don’t know how to get in touch with.

There is a path forward here, but it depends on individual circumstances whether you will need to get paperwork no matter what, or might be able to avoid doing so. One thing we know does NOT work (because clients have tried it before hiring us): Submitting fake documentation. Don’t draft up a fake break up agreement for a boyfriend you’re unwilling to talk to. Amazon will see right through it, and then your phone call to your ex will be even harder. Let us know if you’re in this second type of related account suspension, and we’ll be glad to help.

The Ugly: You Have Never Even Heard of the Other Account

As if having to think about your ex again isn’t bad enough, there is a third type of related account suspension that is even worse.

Our client – the one from the beginning who called us in a panic – started her store almost a decade ago to sell her son’s college books. She kept it going, but only at a very low volume, selling used products that she found around the house. Unlike some of our bigger clients, she had no reason to have another account, or to associate in any way with another account, or even to have vendors helping with her account. It was just her selling a few of her own things. So, when she got her suspension for a related account issue, she wasn’t just surprised, she was baffled. This wasn’t her roommate’s account or ex’s account: she had never even heard of the other account. Forget guilty until proven innocent or guilty by association, this is guilty because a complete stranger did some unknown thing wrong. And in this case, Amazon expects you to prove to them that you aren’t associated with this stranger. A stranger! How can you prove that you have no relationship with an entity that you know nothing about? These are indeed ugly.

We dig deep for our clients on cases like these, examining every possible connection (a former third-party vendor or consultant? same supplier? same shipper?) so we can identify the link and fix it. If your case is of this ugly variety, don’t hesitate to reach out to us – these are much, much tougher to go it alone.

In the case of our client, it turned out that she was right – she had no associations with any other accounts, had never used outside help, and had no reason at all to be linked to another seller. Indeed, the root cause was a hacker! This unlucky mom had had her account compromised by a bad actor who had also compromised another, suspended account. Now THAT is ugly. And it’s why we exist – to help Amazon Sellers make sense not just of the good and the bad, but of the truly ugly related account issues, too.